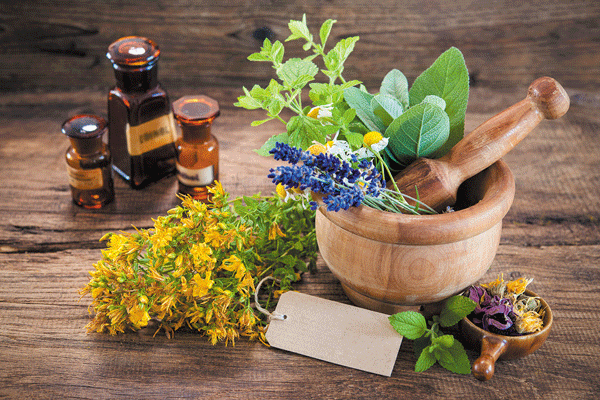 The value of most herbs and supplements has been discounted or remains unproven. Few are worth the money spent on them. Moreover, there is no guarantee that the pills, capsules, or tablets contain all—or even any—of the ingredients listed on the packaging.

Most important, taking supplements can be risky. A study published in October 2015 in The New England Journal of Medicine found that the adverse effects of supplements were responsible for an average of 23,000 emergency department visits per year.

WHAT’S GOING ON?
Supplements aren’t held to the same standards as FDA-approved drugs. Evidence indicates that few are effective, many are useless, and others may be harmful.

Dietary supplements—including herbs, vitamins, minerals, and other products—are a $37-billion industry in the United States, and 60% of women are taking them regularly. At the same time, mounting research is suggesting that supplements—even mainstays like calcium—may be harmful at high doses.

THE EVIDENCE FOR HERBS

The traditional practice of herbal medicine involves combining different herbs and using them in a variety of preparations. Herbal remedies marketed today are usually powders or extracts derived from plant leaves, stems, or roots. Several studies, largely NIH-funded, have put some remedies often recommended for women to the test. The results are summarized below.

Black cohosh:
A plant long used as a home remedy for arthritis, black cohosh has been recommended for hot flashes, night sweats, vaginal dryness, and other menopausal symptoms. Studies of its effectiveness have had mixed results. However, there are more than 50 reports of liver damage in people taking it, although it is unknown whether black cohosh or another substance in the preparation triggered the reactions.

Chamomile:
This herb appears to be effective in relieving anxiety. Although less potent than prescription drugs, a cup of chamomile tea may soothe your nerves. Because chamomile is related to ragweed, marigolds, chrysanthemums, and daisies, it may trigger an allergic reaction if you have asthma or are allergic to these plants.

Echinacea:
There is no conclusive evidence that echinacea either prevents colds or reduces cold symptoms. It may trigger reactions in people who are allergic to ragweed, marigolds, chrysanthemums, or daisies.

Ginseng:
Although ginseng has been touted as a remedy for everything from colds to fatigue to forgetfulness, there isn’t strong evidence from clinical trials that it has any of those properties. Ginseng may also interact with aspirin and the anti-clotting agent warfarin (Coumadin).

Ginkgo biloba:
Extracts from the leaves of the ginkgo tree are promoted for improving memory and preventing and treating dementia. However, in the Ginkgo Evaluation of Memory study of 3,000 men and women over age 75, ginkgo didn’t slow cognitive decline or reduce the incidence of dementia over a six-year period. Ginkgo may also increase bleeding risk.

Milk thistle:
Laboratory studies indicated that this herb, also known as silymarin, had a protective effect on liver cells, but clinical trials haven’t validated any benefit. Don’t count on milk thistle to compensate for the effects of a few extra glasses of wine.

WHAT’S UP WITH SUPPLEMENTS?

Vitamins, minerals, amino acids, and other compounds that are essential for good health have been marketed as supplements for decades. However, relatively few have been tested in clinical trials. Those that have been or are being subjected to scientific scrutiny include the following:

Calcium:
Research has indicated that high doses of calcium from supplements don’t have much of an effect on bone density and increase the risk of heart disease and kidney stones. If you aren’t getting at least 500 to 700 milligrams (mg) of calcium in your daily diet, you may need a supplement, but it’s a good idea to limit your supplement intake to 600 mg a day.

Glucosamine and chondroitin:
These substances, both components of cartilage, are used to prevent arthritis and relieve joint pain. Clinical trials have shown that they have little effect.

Melatonin:
A synthetic copy of a natural hormone, melatonin is used for jet lag, sleep disturbances, and insomnia. Research has determined that it can be effective at doses as low as 0.5 mg. If you’re considering it, talk to your doctor about dosage and timing.

Vitamin D:
Because most people who live in northern latitudes don’t make enough vitamin D from sun exposure, a supplement may be necessary to fill the daily requirement of 800 international units (IUs). Whether higher, 2,000-IU doses reduce the risk of heart attack, stroke, or cancer will be determined by the 25,000-person Vitamin D and Omega-3 Trial (the VITAL study), whose results will be announced in 2017.

Omega-3 fatty acids:
Although studies have linked consuming foods high in omega-3s to a reduced risk of heart disease and inflammation, it’s questionable whether omega-3 supplements—available primarily in fish oil capsules—have the same effect. The VITAL study will help to answer that question, too.

Supplements for other purposes:
The shelves of supplement stores abound with products that promise to make exercise easier and promote weight loss. These, too, are unproven, and some may contain stimulants that are harmful when used for extended periods.

You may also enjoy... 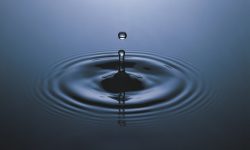 Bladder health- Am I normal?
Do you have an increased genetic risk of ovarian cancer? 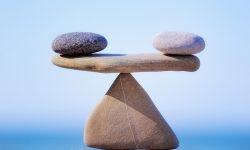 Dr Melissa Slattery has been working in Women’s health since 1989. A graduate of Adelaide University, Dr Slattery undertook Specialist Training in Obstetrics and Gynaecology after several years of GP training and after completing a research year overseas. She is a Fellow of the Australian and New Zealand College of Obstetricians and Gynaecologists (FRANZCOG) and has been in private practice since 2000. Dr Slattery has extensive training and experience in all medical and surgical aspects of gynaecology and is committed to improving health care delivery and outcomes for women.

Dr Slattery is Director of AWARE Women’s Health and is currently a member of the Calvary Hospital Medical Advisory Committee. She has served on the Medical Board of South Australia as both Deputy and Acting Presiding Member, and on the RANZCOG SA&NT Committee as Secretary.

Practically no-one looks forward to seeing a gynaecologist. I don’t take it personally. I know that most women referred to a gynaecologist are nervous because they have a problem which they are concerned about. But even if you’re only having a routine check you might still feel anxious. Some women worry about pain, or feel… END_OF_DOCUMENT_TOKEN_TO_BE_REPLACED 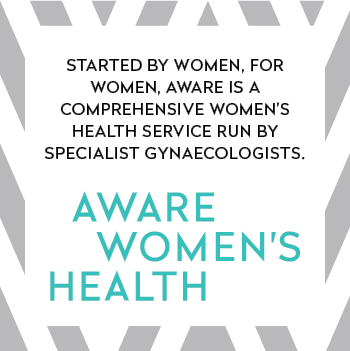